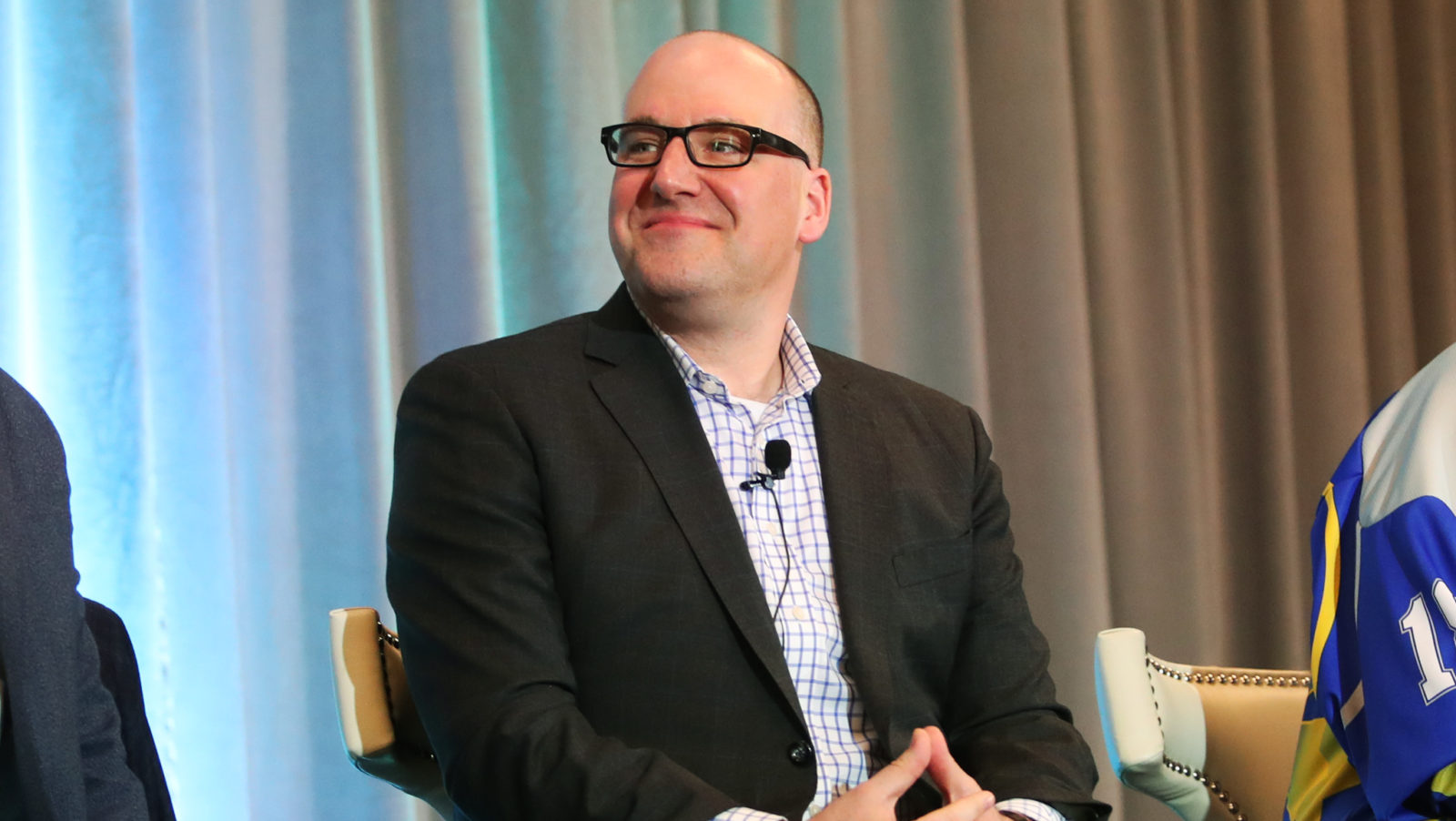 Anthony LeBlanc was asked recently about how Maritime Football Ltd. (MFL) was progressing on its goal of bringing Halifax into the CFL.

“I said it’s a workmanlike series of first downs. It’s a good ground game,” he said, laughing. “I really wish there’d be a nice, long 40 or 50-yard reception. As long as there are no turnovers, nothing like that, that’s fine.”

If it were up to LeBlanc, a founding partner at MFL and a former president, CEO and alternate governor with the Phoenix Coyotes, he’d have the CFL’s 10th team taking the field next season. Of course, these things take time and LeBlanc was thrilled to help MFL announce its season ticket drive in Halifax on Wednesday. Season ticket deposits are available now at $50.00 per package. That money puts fans on a priority list for season ticket membership and seat selection on a first come, first serve basis. Those who put a deposit down can also enter a team naming contest, with the results to be unveiled during Grey Cup week this year in Edmonton.

“I’ve worked very closely with Mr. Ambrosie and members of the (CFL’s) board of governors and it’s out there that we’ve started a three-part process toward a conditional franchise being granted,” LeBlanc said.

“I think ultimately to get to a conditional franchise announcement we have to do this step.”

LeBlanc took some time to answer some questions on the ticket drive and other announcements made on Wednesday and provided an update on where exactly his group is in its quest to add a 10th team to the CFL.

This conversation was edited and condensed.

Chris O’Leary: What does the season ticket drive mean for your progress in this?

Anthony LeBlanc: I think everybody understands that we’re not doing it any differently than the other leagues. I spent four years in the NHL and when I was on the board of governors we required a ticket drive for the Vegas Golden Knights.

Everybody, probably most importantly us as the investors behind the team, we want to ensure that the market’s there. We feel pretty strongly that it is but I think everybody…that’s a question that’s come up over the past week since council took this action is (asking) is there a market there.

CO: You mentioned the action that Halifax’s city council took. They agreed to a thorough business case analysis for your proposed stadium in Shannon Park. They also said it could take up to six months to complete the analysis. How do you feel about that?

AL: What they said is they think until they bring something forward to council, it could be three to six months. What we’ve committed to, not so much council, but the administration at Halifax Regional Municipality, is working to get them a final proposal by the end of this month. Then I think it’ll be a two to three month period to analyze it. The downside will be they’ll get something by the first week of December and then of course we all go into Christmas mode, so things slow down but I still think it’s reasonable. We’ve been on this for over a year and we’ve worked extensively with staff at Halifax Regional Municipality, but they need a final set of numbers.

Really, the biggest slowdown was purely on our, Maritime Football, shoulders. We ensured we got the right site. We spent probably three to four months longer than I expected on the site analysis. But now, the good news is we landed on the site that we said from Day 1 was our preferred site.

AL: I’ve had a lot of one-on-ones with council members. The issue right now is we have to get rid of the misinformation. People, I think everybody — be it council members, taxpayers, members of the community — they want to see what this is actually going to mean. All I’m asking…we’re certainly not looking for any type of handout, so to speak. We’re looking for people to look at the proposal.

There are lots of things being said, like this will take away from doctors and schools and things and that’s not correct. The proposal that’s put forward doesn’t go after any form of the existing tax revenues. The other thing (that’s misunderstood) is the concept that we should just go build it ourselves. That’s just unfortunately not the way things get built, really anywhere.

I’ve said this from the beginning. The onus is on us to explain what the cost benefit is to doing this. If at the end of the day after a full consultation it’s decided that it’s not the right thing to do, that’s a decision that needs to be made. We certainly feel that we’ll be able to illustrate the benefits and I think everyone needs to look holistically at everything. There are a lot of ways to look at return on investment.

The problem is because it’s a stadium, people get polarized and it becomes very political. We’re hoping everyone takes off their opinionated hat and sort of looks at everything through a clear lens.

CO: The ticket sales drive was the big item from your announcement on Wednesday but you had a few other things that were worth noting too. What else have you been working on?

CO: You trademarked the Schooners name. Are you not set on that one?

AL: The Schooners is a legacy name that has a lot of cache and people talk about it. We did register the name. It’s fair to say that it’s definitely in the short list of what the team name could be, but we have not decided on it. There are potential team names that have come up that simply won’t work because other teams have used those names.

I joked that maybe we should call the team the Rough Riders (he laughs). But we’ll have a drop down (menu) of five or six names that we’ve centered on but we’ll also give an opportunity for fans to write in a name.

I always joke about that boat naming contest , Teamy McTeamface, (he laughs again) I’m not a big fan of. We reserve the right to choose the team name, but we certainly would like to move forward with a name that resonates.

CO: Some key pieces still have to fall in place with the stadium of course being one of them. Is it possible to have any kind of timeline on this though? Is there a date that you’re hopeful about? Would 2020 be a possibility for your group?

AL: We have had very preliminary discussions with Moncton and the province of New Brunswick and how they could participate. We’ve said all along that this is a regional team, so there could be an outside chance that one of the concepts we’ve thrown out there is maybe we could play the first season out there while the stadium is under construction in Halifax.

I’d say the likelihood of that is pretty low. We’re aiming for 2021 to have a stadium in Halifax but if that slips a year, again, if it means it’s the right thing for the long run we’ll be OK with that.

What I won’t be all that excited about is if it starts slipping longer than that. I think we’ve got a relatively short window meaning…we’d like to get shovels in the ground by next summer. I don’t see much room for slippage past that but we’ll see. If there’s good momentum and we feel we’re getting there, great. But if we’re nine months from now sitting in the same spot I think that that would be concerning. But I don’t anticipate that happening.