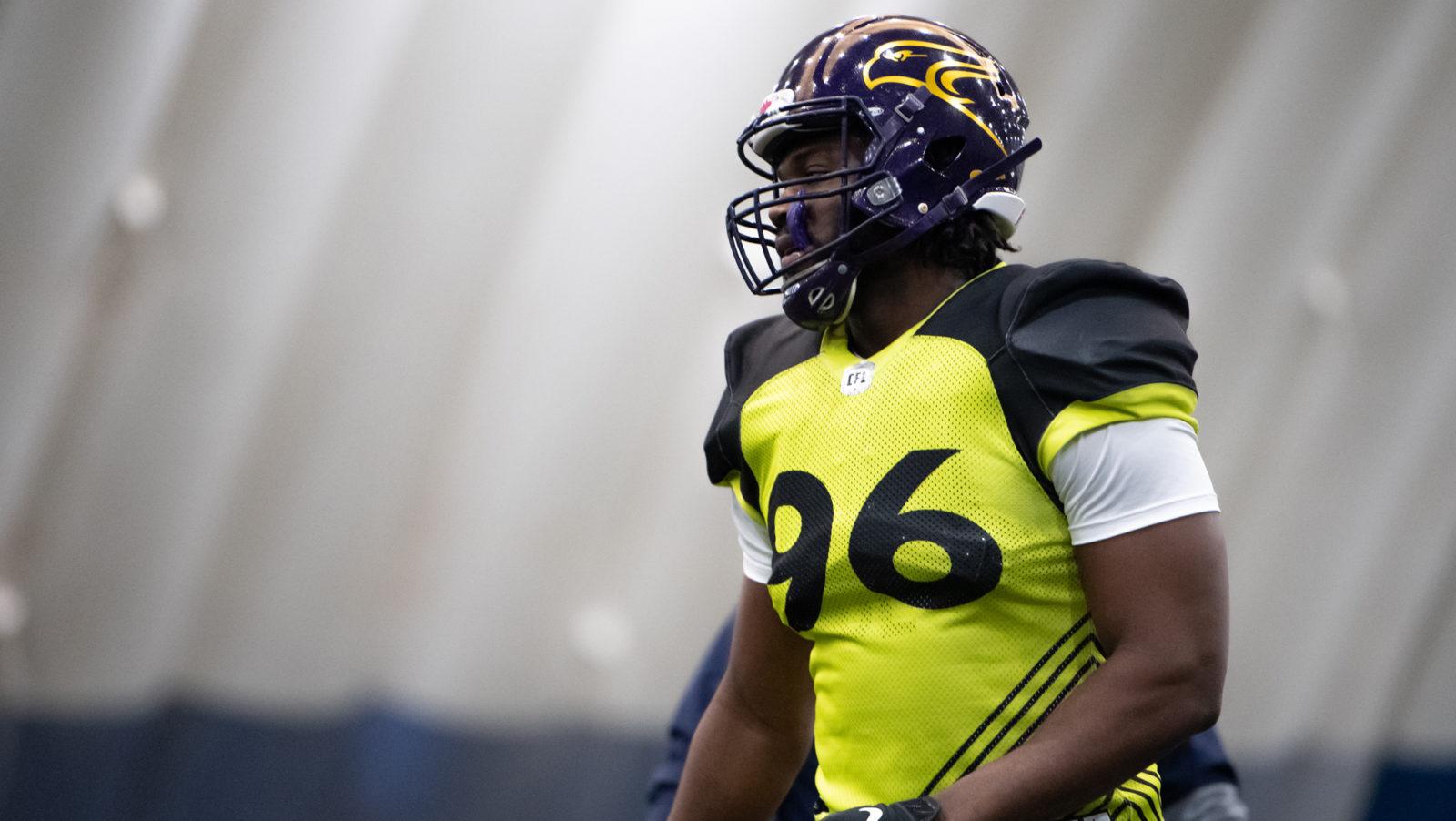 Every year CFL staffs work all winter putting together boards and lists, grades and scenarios in order to get themselves to a place of relative mental calm heading into the draft where they have a chance to alter and improve their team for today and tomorrow with a single pick.

After the draft it’s natural that we want to make snap judgments either celebrating or vilifying a franchise’s decisions in player selection, but I’d like to take things a different direction this year because we really don’t know how the players picked will directly affect a team and likely won’t have the big picture for a couple of years.

In place of those rushed judgments I present to you my day after top 10 favourite picks of the 2019 CFL Draft. These are based on not just fit and scheme but personality and overall vibe that I get from the marriage of players and teams that went down Thursday night.

All you need to understand why this pick is so fun is to hear the Sherwood Secondary product and Hamilton native’s voice on the other end of the phone call from Ticats head coach Orlondo Steinauer on Thursday night.

Buying local is ALWAYS a good idea in the CFL Draft but it’s even better when the player you happen to have graded out the highest is from a short city bus ride away.

I love football for the game, but also for the stories and Gibbon getting drafted by Hamilton gives him the chance to write a special one.

Robbie Smith could not be a nicer person.. off the field.

On the field he has the ability to take over the game as he did so many times in the 2017 season on route to a career high in sacks. I love this pick for the Argos because he’s a great value at this spot, they didn’t have to reach and as a result he will be allowed to fit into their new – old – defensive system with Corey Chamblin and refine his game to the point he’s challenging the Kwaku Boatengs of the world for the Canadian sack lead.

The more I watched Desjardins after the national combine I couldn’t stop falling for his work ethic and ability to change plays with a quick step here or a cerebral read there. He’s just such a good football player.. So of course he would fall to the defending Grey Cup Champs comfortably in a place where he’ll pop up on your television a couple times a week June to November making plays that force you to whisper under your breath, “wow, how did Calgary get that guy at the end of the second round?”

It’s validation, it’s a celebration of Canadian quarterbacking and a move that is not made lightly by a team looking to claim an East Division title and Grey Cup year in, year out. By taking O’Connor at the 20th pick the Argos were making a clear statement. This is not a public relations move. This was not an effort to buy fan attention. This was a football draft pick designed to win football games.

Fingers crossed we see it sooner than later. Nice national depth at the Argos QB spot now by the way with Bridge, Picton and O’Connor.. Almost makes you want to include them in the ratio.

Osei-Kusi is as bright and self aware as they come in a position which rarely has the ability to admit faults or recognize weaknesses. He knows he’s a great athlete with some work to do on being a true receiver but Montreal was a great fit as the Alouettes needed some pop in their national pass catching group.

This is my third year scouting the draft with a microscope and assessing the day-after results. Each year I am more and more convinced that while everyone else is dead set on winning their guy and finding a specific player that they believe to be custom built to fill a role on their roster only, the Calgary Stampeders sit back, watch everyone play their cards, then take what’s available and shape it into a winner.

I have no clue what Fraser Sopik is at the next level outside of a high energy character player who teammates will come to appreciate more each game. What I do know is Calgary got this right and Sopik has landed in the perfect spot to discover his CFL fit.

There are so many reasons to like this pick but simply put the connection between Atlantic Canada and the REDBLACKS is undeniable. To add an AUS all-star in Acadia’s own Halifax native Thomas Grant is a real score.

Here’s hoping he gets enough exposure to be ready for the Schooners call on expansion draft day.

I just love Nwoye’s backstory and frame. It’s hard not to cheer for people like Charles and the way he uses his exceptional God given talents to shape his football future will be a blast to watch. Especially getting to do it in a place he knows so well. Hats off to Ed Hervey and the Lions’ new regime in getting this one done at such a solid value.

I’m no expert scout, we all see things differently, but sometimes you throw on the tape of a game or regional combine and within seconds just think, “oh, yah, that guy is better than everyone else.”

That was me with Dufault at the 2019 Western Regional Combine. Landing in Hamilton gives Derek time to grow and develop behind a plethora of national talent but don’t be fooled by the pick he was taken. Sean Thomas-Erlington was taken late by Hamilton’s Drew Allemang and has become a solid piece of the Ticats roster. I expect much of the same from this Bison that flew well below the radar in March and April.

It feels criminal to me that Jamel Lyles had to wait out Thursday night this long, but at 69th overall he has been given the chance to author his own unique hometown story after having Andrew Harris toss him a pair of gloves while at a Lions game as a kid.

Fingers crossed he can toss a kid gloves one day that will be worth something too.

Chris Merchant is a quarterback. He just is, and he’s a damn good one at that. I won’t single out the picks that I felt were wasted in an attempt to find depth special teams players or shots in the dark instead of turning the lights on and recognizing Merchant’s excellent U SPORTS career but I will say I hope he gets a chance with a CFL franchise and makes the other eight teams pay one day.

At 20th overall Michael O’Connor became the earliest drafted quarterback since the Alouettes took Jesse Palmer from Florida 15th in 2001. O’Connor went 11 spots earlier than South Alabama’s Brandon Bridge did in 2015 and nine picks earlier than Brad Sinopoli to Calgary in 2011.

Year of the defensive lineman:

TWENTY defensive linemen were taken in Thursday night’s CFL draft. That’s a record for the modern era since 1985 with the average number of pass rushers taken each year coming in at 9.6.

In my opinion this is a combination of two major factors. The first is top end special defensive line talent like Betts, Kongbo and Desjardins, which pushed the front end of the defensive line group forward. The second is a really weak linebacker class in 2019 creating a need for defensive lineman to fill the void usually held captive by linebackers that can run, block and cover kicks.

Here is how the positions were drafted when the dust settled Thursday night:

Thanks to everyone who followed along leading up to another great draft experience. I’m off to Carleton Thursday for the U SPORTS East-West Bowl to see the 2020 CFL Draft class in action and will have plenty of coverage from the practices leading into kickoff of the annual showcase Saturday.