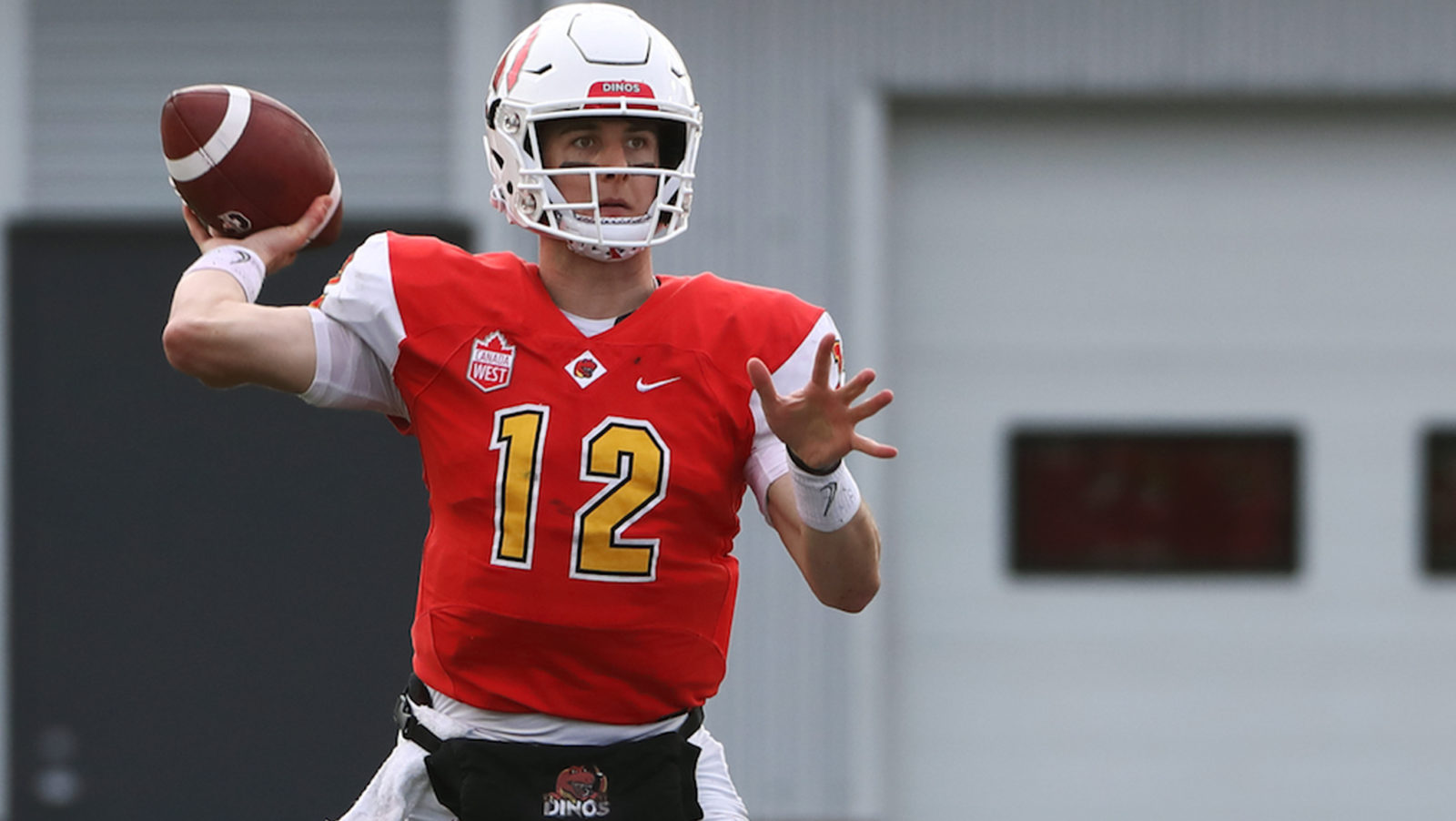 TORONTO — With the 2019 Canadian Football League (CFL) draft completed Thursday night, the page turns next week to the next generation of top Canadian football prospects.

Lieutenant Governor Athletic Award finalist and reigning Hec Crighton Trophy winner Adam Sinagra of the Calgary Dinos is one of 88 players announced on Friday that will suit up for the 2019 U SPORTS East-West Bowl, which serves as the first step to identifying future CFL talent.

For the next year, players from both squads will vie for coveted spots on the CFL Scouting Bureau Top 20 Prospects List – published in August, December and April – before showcasing their skills at regional and national combines in advance of the draft next spring.

Sinagrais a favourite to crack that top 20 list. The Point Claire, Que., native led the Dinos to a perfect 8-0 season and the most potent offence in the nation, averaging 570.9 yards per game. Sinagra captured the 2018 Hec Crighton Trophy after setting a U SPORTS record with 3,233 passing yards and ranked second in the nation in passing touchdowns this season with 23.

Sinagra will share quarterback duties with Manitoba’s Des Catellier for the West team, while Acadia’s Hunter Guenard and Toronto’s Clay Sequira will be under centre for the East squad.

The game will feature a sideline rematch of the last two Vanier Cup games, as Glen Constantin of Laval and Greg Marshall of Western will be behind the two benches. Full rosters for both teams are available below.

This year’s game, slated for Saturday, May 11 at Carleton’s MNP Park, marks the first time the annual event will be held in the nation’s capital. The 17th annual top prospects game showcases the next generation of CFL stars heading into their draft years, and includes four days of practices, a combine for participating players, and a CFL free-agent camp. The week-long festivities kick off on Monday, May 6.

Tickets for the game are on sale with kickoff scheduled for 12:30 p.m. ET / 9:30 a.m. PT. The game will be livestreamed on USPORTS.LIVE free of charge, with veteran broadcaster Mark Lee and former Guelph Gryphons quarterback Justin Dunk on the call.

The West team is mostly made up of U SPORTS football players from Canada West and Ontario University Athletics (OUA) schools, except Carleton, Ottawa and Queen’s, which play for the East squad. The rest of the East team features players from AUS and Réseau du sport étudiant du Québec (RSEQ) schools.

Last year, the West narrowly edged the East 15-14 for their third straight win, extending their lead in the all-time series to 10-6. The game featured all 15 U SPORTS prospects to appear on at least one Scouting Bureau list this season, headlined by recently named U SPORTS Male Athlete of the Year and No.1-ranked Mathieu Betts from Laval, who was signed by the Chicago Bears as an undrafted free agent.

Note: Some players will play for both teams to fill out all positions