Stock Assessment: Is Dearborn the mystery of the draft? 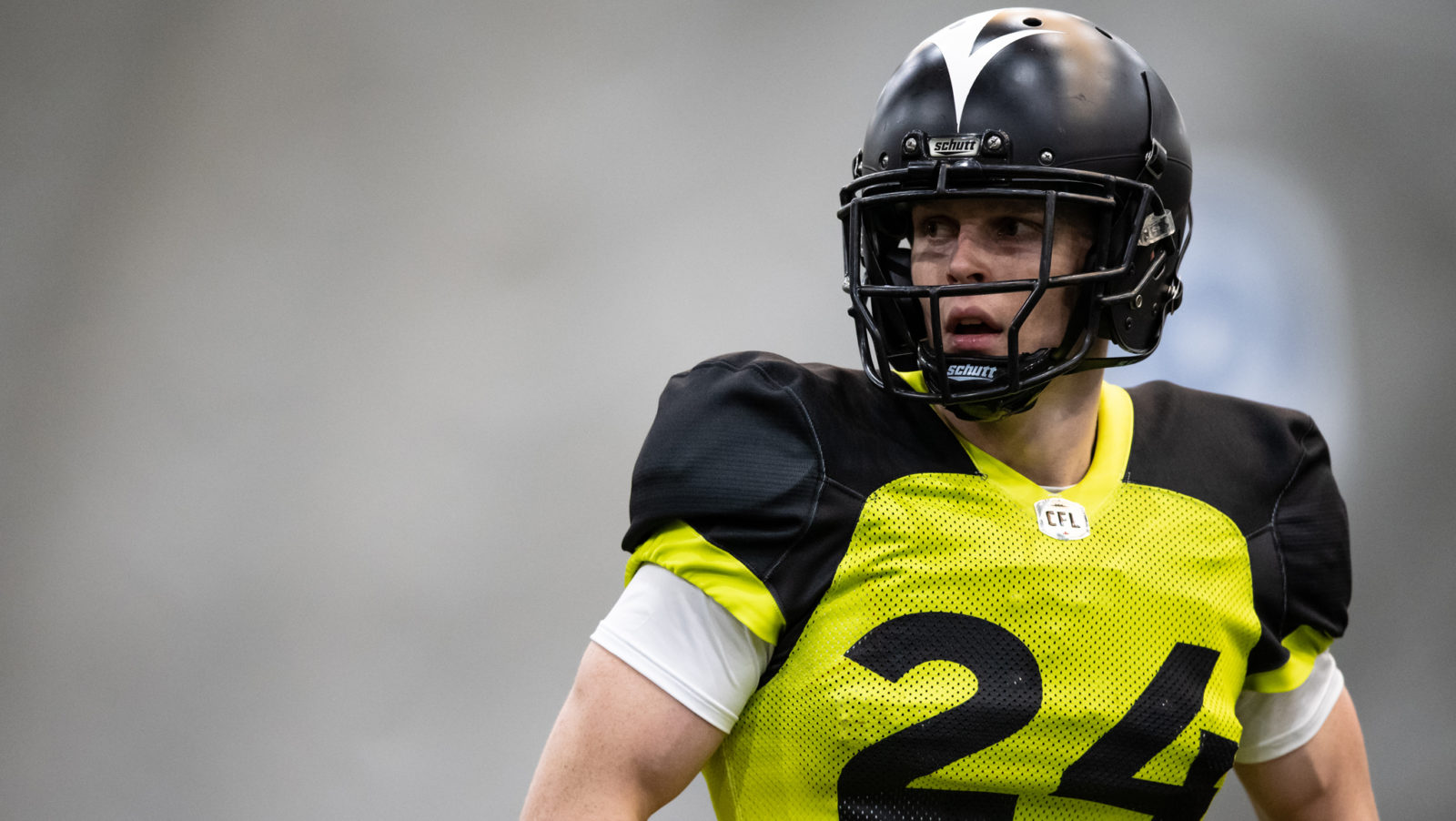 Stock Assessment: Is Dearborn the mystery of the draft?

Stock assessments continue as we break down some of the draft’s receivers and defensive backs.

Scouts and general managers have a few more weeks to process the film and testing results they’ve gathered on the country’s top draft-eligible prospects. Then it’s time for the draft, as many of these amateur athletes find new homes on May 2.

The CFL Combine presented by New Era painted part of the prospect picture last month in Toronto. Who’s trending up and who’s trending down?

Kaion set the speed numbers he needed to at the National Combine to grab people’s attention and send them back to his game film. He is a relatively refined route runner who would have posted Gittens Jr.-like numbers if he played in an OUA offence capable of finding him with the ball.

Osei-Kusi arguably had the best weekend of anyone at the CFL Combine with his combination of raw talent, athleticism, personality and a group of good interview showings. I projected Chris to be a first round pick BUT spoke to a team after the combine that believes he may fall as far as the third or fourth round as a developmental three-year project with a high ceiling.

I have a hard time imagining one team not salivating at the chance to add a smart, physical and driven individual like Osei-Kusi.

Hunchak really didn’t do anything wrong during the combine weekend but he got caught up in the wash a little bit between Richards, Gittens Jr., Osei-Kusi, Julien-Grant and Lenius-Dickey.

He is a solid player who has a chance to develop on a roster and should be a mid-round pick but even names like Nicola Kalinic seemed to make a bigger splash at the combine.

When I walked into the Ontario Regional Combine, I saw Wesley Lewis for the first time. I knew nothing about him but quickly realized he had the type of frame that stood out, especially in a Regional Combine.

I was hoping he would blow me away. He created the type of separation you’d expect with length and speed, but the hands just didn’t match the hope.

He’s quick and he’s smooth. He knows it and so does everyone else.

At the 2018 East-West Bowl in Quebec City, Beaver fit right in with all the big names mentioned above but didn’t garner a National Combine invite thanks to some NCAA additions. Beaver is very much a CFL player and deserved to have a bigger stage but for one lucky team, he will find a fit.

From a lean, big bodied receiver at Washington to a heavier, tight end/H-Back type with New Mexico, Brayden Lenius-Dickey has done a little bit of everything in his NCAA career and showed well athletically but his natural fit in a CFL roster is still a question. Some teams may want to slim him down and return to his Washington form, while another may wish to use his raw frame as a dominant H-Back and special teamer. Now it’s a game of wait and see.

UBC’s Malcom Lee’s stock improved after the combine and was ranked on the CFL’s final Scouting Bureau Rankings (Johany Jutras/CFL.ca)

Lee is the truest pro style DB in the 2018 class with speed, length and a natural ability to play the ball in the air thanks in large part to his past as a receiver. He didn’t have to do much to cement interest in his draft stock at the National Combine, but the weekend was still a success thanks to his obvious preparation.

From the Regional Combine ranks, Hakeem Johnson ran himself right into the top half of the draft at the national showcase, displaying the skill set that has made him an integral member of the Western Mustangs over the past few seasons at boundary corner.

Boateng is a very good player but doesn’t have much film since his early NCAA days at Kansas and decided to not workout in pads at the National Combine, which significantly hurt his perception in the eyes of some Scouting Bureau voters.

DB DEPTH IN THE DRAFT
STOCK: DOWN ⬇

This is not a deep group. In years past, there have been layers of players who had big time return game ability like Carleton’s Tunde Adeleke or natural free safeties capable of covering at the field corner like Courtney Stephen, even hybrid free safeties turned SAM linebackers like Jackson Bennett. This year the pickings are slimmer and teams will have to be wise how they spend defensive back draft picks.

Harry is a bit of a confusing evaluation when you put the numbers next to his production and game film but if you just watch the way he approaches each play, you can see his stock doesn’t deserve to rise or drop much on any other variables.

A ranger free safety with plenty of experience at the position he’ll be asked to play at the next level – which can’t be said for many DBs in this draft – Katsantonis was described to me by one U SPORTS coach as the most pro ready defensive back in the entire draft, even mores than his athletically gifted UBC teammate Malcom Lee.

Dearborn hops like you wouldn’t believe and he has an incredible frame that could absolutely be turned into a special teams demon and defensive contributor at some point, but we just don’t know yet.